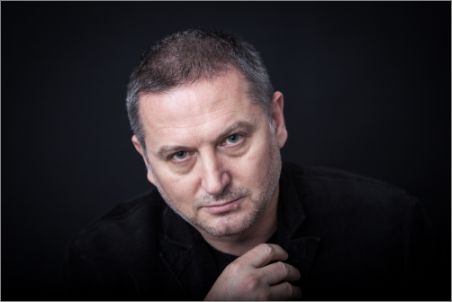 Bulgarian writer Georgi Gospodinov is this year’s winner of the Zinclar Award for Master of Short Story, presented by the Danish Writers’ Association

The award is given every two years, since 2013, to world and Danish writers for their contribution to the genre of short story. With this award, Gospodinov ranks among names such as the British writer Julian Barnes, the American authors of short prose Lydia Davis and Lori Moore, the German writer Judith Herman and others.

The winner of Zinclar is chosen by a Danish jury composed of writers and critics. The award will be presented at a special ceremony in Copenhagen on September 10, followed by a discussion with the author. The prize is DKK 100,000.

The motivation of the jury reads: “With his stories, published in various contexts, Georgi Gospodinov expands the boundaries of what a story can be and how a story can be told. In terms of style, genre and fictional worlds, his stories are characterized by an incredible range of genres, which includes realism and fantasy, philosophical reflections, crime fiction, science fiction. The way in which stories can change their rhythm and tone, to achieve unexpected twists from sentence to sentence, is also amazing. Reading Gospodinov is like entering a time machine that offers a mind-expanding journey through the vortex of history and the labyrinths of the human mind.

The award is also a recognition for the Danish translator of Gospodinov Hele Dalgor, who translated both the collection of short stories “Blind Vaisha” and all the novels of the Bulgarian author.

The award is named after one of the most beloved Danish and Scandinavian writers, Finn Zinklar, who bequeathed much of his legacy to create an award to promote the short story genre.