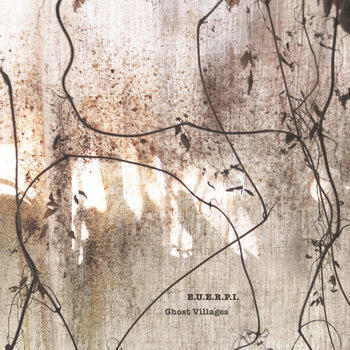 Bulgarian Artist E.U.E.R.P.I. Recorded the Sound of the Disappearing Villages

The album “Ghost Villages” can be listened to online here: https://bit.ly/3r7VPUk

The musician and photographer Miryan Kolev recorded a unique album, which captured the sound of abandoned villages. The EP is now available and can be listened to on the Internet. For months, during the severe restrictions due to the pandemic, Miryan used his free time to travel around abandoned settlements around Tryavna. Initially, he began to capture images of depopulation, and later to record sounds.

For his music album “Ghost Villages”, the Svishtov-born artist toured dozens of disappearing or completely abandoned villages and neighborhoods. He records squeaky doors, hoods, and every sound that describes the mysterious atmosphere of abandoned houses, deserted yards, and dust-covered streets. “This is the cycle of nature, it just takes back its own,” commented Miryan Kolev.

The recorded material is processed and assembled in the form of three pieces. As of February 21 this year, the album is present on some Internet platforms. The project is supported by the National Culture Fund. However, Miryan Kolev’s idea is to make an exhibition with his photographs, which the spectators can see against the background of the authentic music from the displayed places.