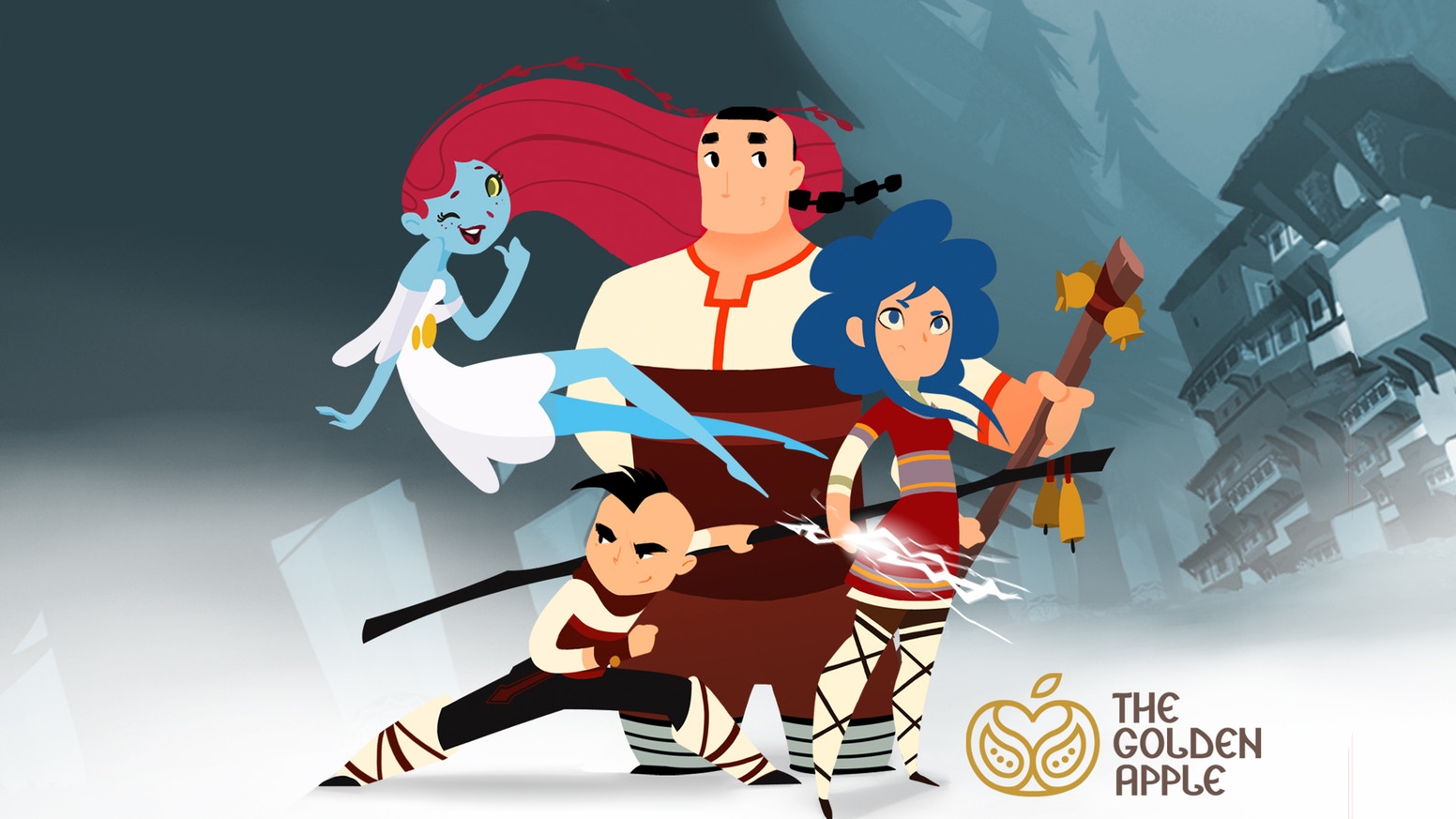 Studio Zmei announced the premiere of the Golden Apple Pilot Episode in Sofia! It will be on November 16th at Betahaus Sofia.

And since the organizers also wanted to meet personally with those of you who do not live in Sofia, Studio Zmei starts the Golden Apple Tour – they will visit Burgas (November 23rd), Stara Zagora (November 24th), Plovdiv (November 25th), Veliko Turnovo (December 6th) and Varna (December 7th).

In a magical world, people and spirits are at the edge of war. The peace lays in the hands of four children, who set out on an epic adventure to find the Golden Apple – a mythical artifact, which has the power to fulfill wishes.

In а world ruled by ancient mountain spirits and only recently inhabited by humans, war is about to break in the industrious city of Khan. The hundred-year-old treaty between spirits and humans has been broken, and the two fractions are at the edge of civil war!

The series follows 14-year-old Vihra, from the city of Khan. She is a headstrong, very determined young girl, and has to quickly adapt to the wilderness in which she ventures.

Seeing no other way to help her parents – her mother Iskra, mayor of the town, and her father Vulkan Zmei, leader of the spirits – who have now found themselves to be the leaders of two opposing fractions, Vihra sneaks out of Khan and heads after the golden apple. It has appeared in the form of a comet crossing the sky. Legend has it that when the comet falls to the earth, a magical tree bearing a single golden apple will grow out of it. The apple has the magical power to fulfill a single wish. Vihra heads in search of the artefact, hoping to wish for peace and save her home.

On her journey, she is joined by Tina – a young, thrill-seeking Samodiva nymph. Tina is a wild, rebellious young water spirit, who wants to escape the boredom of her conservative home forest. She is fascinated by everything new and exciting.

On their way to the apple, Vihra and Tina meet the other two main characters of the series, the two human brothers – 14-year-old Vlad and 16-year-old Bran. Vlad and Bran are Kuker – specially trained spirit hunters. They have grown up in the Kuker mountains – a region where unlike in the city of Khan, the spirits are aggressive and dangerous, and the brothers are raised to believe that all spirits are evil. In a series of events in the first episodes, the brothers lose the Kuker guide – an essential book for all the people in the Kuker mountain, where all the Kuker spells and moves are stored.

To find the apple, the two boys, who have been taught all their lives to not trust spirits and to consider them evil, will have to work together. Vlad and Bran will need to learn to trust the two clearly-spirit girls, who see the world in a completely different way. During their journey, this causes many comical situations. Throughout the series, the dynamics in this unusual quartet will evolve into a legendary friendship.

However, Vihra, Tina, Vlad, and Bran are not the only ones searching for the golden apple. As soon as the comet appears, creatures and spirits from all over the world head after it… and the comet itself is headed towards Kuber Mountain – the wildest and most ancient of all the mountains.

Kuber Mountain is not uninhabited though. The inhabitants of the mountain, people known as Balkandjii, are used to living in very harsh conditions and contrary to the beliefs around the world, that the golden apple is a wish-granter and can solve all problems instantly, none of the Balkandjii are actually looking for the artifact. They believe that problems are not solved by magical items which may or may not exist, but by using their own strength and intelligence.

This belief is put to the test when Kuber Mountain is attacked by the invading army of the Greycloaks.

The Greycloaks are a union of various tribes and people searching for a new place to settle after they have used up all the natural resources of their previous home and turned it into a wasteland. They have no respect for the spirits and often enslave them, using their powers to draw even more resources from the land before they move on to another place. It is said that their cloaks are grey because the smoke and dust of all the places they have burned has stuck to their clothes and turned them grey. Now the Greycloaks have set their eyes on Kuber Mountain, and this leads them to a direct clash with the Balkandjii.

Our four main characters and everyone else looking for the apple will be right in the middle of this huge conflict, trying to navigate their way towards the place where the comet falls. However, there is only one apple… will they be able to find it before it is too late?

The Golden Apple is a fantasy animated series, inspired by Balkan mythology and folklore. Although based in an exotic fantasy setting, the narrative will deal with contemporary issues, with which the modern viewer can easily associate.

Each episode will follow our main characters’ journey through the mystical land and will have a stand-alone narrative, under the general storyline of looking for the golden apple. It is a coming of age story with relatable characters, which will address serious topics in a lighthearted manner.

The story will feature a lot of humor, adventures, action, mystery and even a touch of romance.