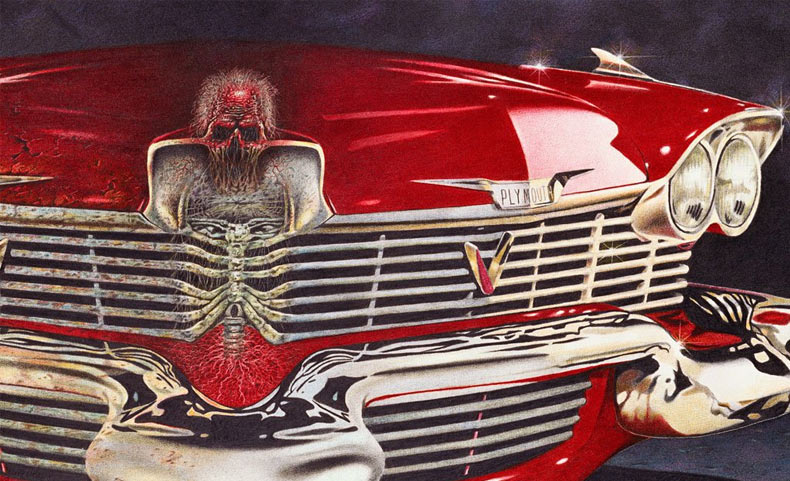 Quite mixed and contradictory thoughts flooded our heads when we heard the news that Brian Fuller would make a new film adaptation of Stephen King’s novel “Christine”, already successfully screened in 1983 by the great John Carpenter.

On the one hand, safe from the film adaptations of the King – there are so many that it is not true. Also, we have nothing against remakes in general, but we have the feeling that lately this is all that is being done, and there are no original projects. We also don’t like it when the remake is of a relatively recent film or a classic that hasn’t moved, is still relevant and doesn’t need updating, and the film “Christine”, despite its shortcomings, is one of the few really memorable adaptations of King. We also hate when they start explaining to us that this is not a remake, but a new adaptation of a novel.

On the other side is Brian Fuller, whom we respect endlessly, even though his name is behind things we don’t like, such as “American Gods,” “Star Trek: Discovery,” and the 2002 television version of Kerry. that Fuller is responsible for the shortcomings of these projects, but even if he was, it doesn’t change our attitude, because his work on “Pushing Daisies” and especially on the series “Hannibal” is enough to forget all the bad and believe, that a new film version of Christine would be worth it.

Christine will be produced by Jason Bloom and her company Blumhouse, which, along with their teen axes, occasionally bring out something decent in the genre, such as The Invisible and Halloween. If they offer us something in this direction it will be great. It is clear that the main responsibility will be for Brian Fuller. We are keeping our fingers crossed that he has something to offer on the level of Hannibal.