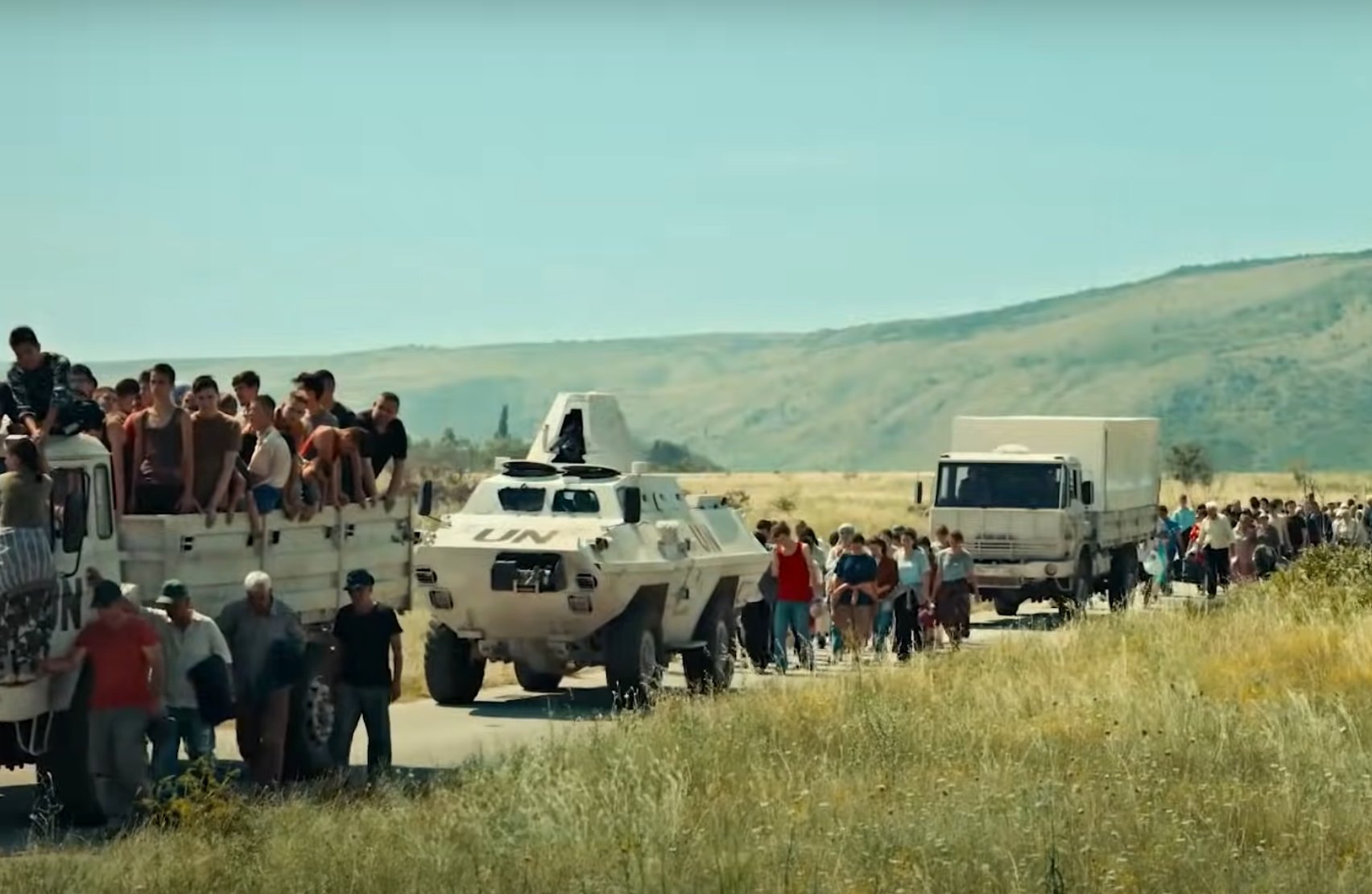 Quo Vadis, Aida?, a Bosnian film about the Srebrenica genocide, is one of five films nominated for this year’s Academy Award for Best International Film in the Academy of Motion Picture Arts and Sciences.

Director Jasmila Zbanic’s film describes preparations for the massacre of more than 8,000 Muslim men and boys by Bosnian Serb forces through the eyes of a translator working at the UN base in Srebrenica.

Translator Aida, played by Serbian actress Jasna Djuric, is struggling to save her husband and two sons amid confusion and helplessness by UN officials in the advance of General Ratko Mladic’s Bosnian Serb forces.

In 2017, the International Tribunal in The Hague sentenced Mladic to life in prison for the Srebrenica genocide.

“People who did not know about Srebrenica before (watching the film) will never be able to forget what happened, and that is extremely important,” Zbanic told the Radio Sarajevo portal. She added that in interviews she was trying to draw attention to the fact that the fate of more than 1,000 people in Srebrenica is still unknown.

“Many like Aida are alive today and are waiting for the day when they will recognize the bones and bury their children,” said the film’s director.

The chairperson of Srebrenica’s Mothers organization, Munira Subasic, who lost a son, husband and 22 other close relatives in the massacre, said the Oscar nomination is very important for everyone that has been searching for the truth and waiting for justice for the last 26 years.

The Oscars, the most prestigious awards in the film industry, will be presented on April 25 at a ceremony in California.

Bosnian director Danis Tanovic won an Oscar in 2002 for the best international film with No Man’s Land.

Zbanic won the Golden Bear Award in Berlin in 2006 for her work Grbavica: The Land of My Dreams about the impact of the bloody breakup of the former Yugoslavia in the 1990s on Bosnian society.

Quo Vadis, Aida? was also nominated this year for the British Academy of Film and Television Arts (BAFTA) Award for Best Foreign Language Film, and Zbanic was nominated for Best Director. Bulgarian cinema enthusiasts will be able to watch the film at the already started 25th anniversary Sofia Film Fest.