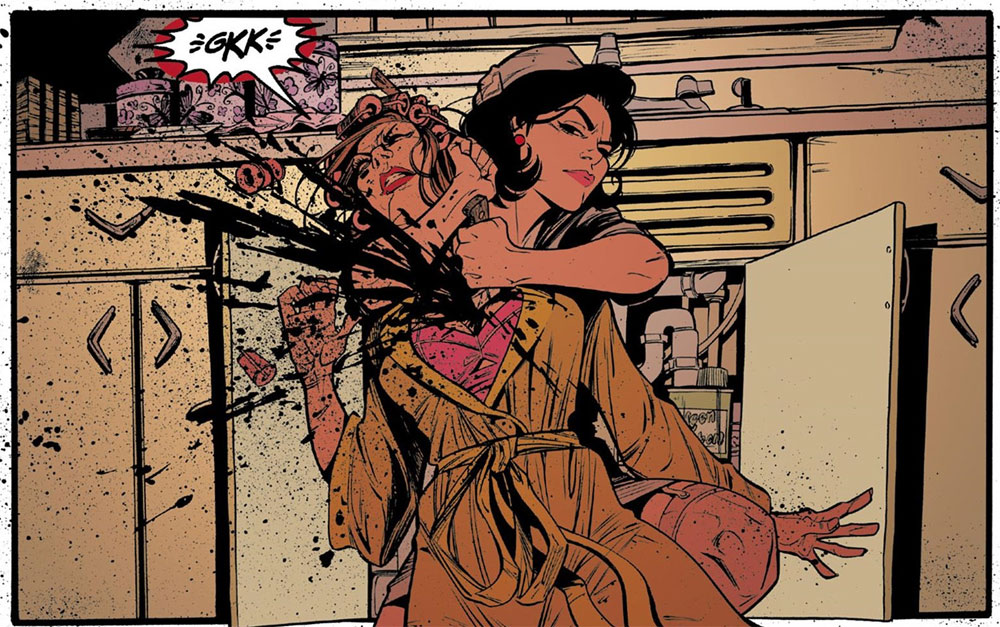 Wondering if the end of comic book adaptations is in sight? No, the answer is 100% no. However, we should be glad that in addition to Marvel and DC, the incredibly diverse world of comics is increasingly able to receive its adaptations on screen, now paying attention to smaller publishers with more bizarre, more mature and less mainstream stories. One such company is Dark Horse Comics, whose comics already have several memorable adaptations, including Sin City, 300 and The Mask. Their next release, which will be shown on the big screen, is Lady Killer.

The upcoming film will be part of a deal between Netflix and Dark Horse, following The Umbrella Academy and Polar. The story tells of a seemingly perfect housewife in the 50s, who maintains the house and herself by all the standards of her time, but also hides a deep secret – she has a secret identity as a hitman for a mafia organization. When her husband begins to wonder where she goes at night, and her boss begins to lose confidence in her work, Josie Schuler is in danger of becoming a target herself.

The comic book Lady Killer is quite popular and even received several awards when it came out in 2015, but definitely, the reason we are interested in this adaptation is the team that is formed to make it. First and foremost, Oscar winner Diablo Cody has been hired to adapt the script. It immediately catches our eye, as Cody has definitely proven herself to be able to write wonderfully complex characters that are both cute, but not easy to fit into simple frames, just what the lead role sounds like here.

And in the lead role of the perfect housewife-killer, it seems that we will see Blake Lively. Lively is definitely not our favorite actress, but she is so ugly beautiful and pleasant to watch that we will forgive her unimpressive acting skills. We can very easily imagine her in this role – on the surface a lovely, smiling and voiceless, and secretly – a deadly action chick. Add to that the undoubtedly beautiful costumes that her role will suggest and we definitely imagine that the film will be worth two hours.

Lady Killer is based on the comic book of the same name, written by Joel Jones and Jamie C. Rich. Diablo Cody will adapt the script for the screen, but a director has not been hired yet, which is why the official start of the production has not been announced.