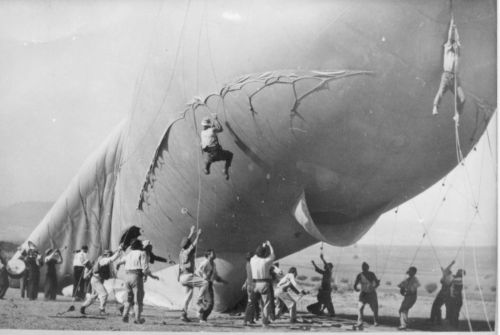 On Tuesday, March 16, at 6 pm in the Lumiere cinema, the audience of the 25th Sofia Film Fest will be able to see the digitally restored version of one of the emblematic films in Bulgarian cinema – The Tied Up Balloon by Binka Zhelyazkova. The production is by Doli Media Studio, and the restoration is handled personally by Dobromir Chochov.

“He and his team absolutely pioneered the task of digitizing several Bulgarian films, helping the Bulgarian film industry and giving a very good result, which I hope will be supported by a national project to see, if not 100% of the films, produced by Bulgarian Cinematography over the years, then at least a large representative selection of them, “commented the director of Sofia Film Fest Stefan Kitanov.

The Tied Up Balloon by the first female director in Bulgarian cinema and the emblem of Bulgarian female directing Binka Zhelyazkova (1923-2011) is a real masterpiece in black and white – one of the few films that survived the time, despite its “arrest” for decades and the digitally-restored version is another opportunity to preserve and present the generations of one of the most memorable Bulgarian films. The film is a satirical parable about the national character, about the unsuccessful but continuing “attempt to fly” of the Bulgarians.

The Tied Up Balloon is based on the novel of the same name by Yordan Radichkov. The story – during the Second World War a military ballon appeared unexpectedly over a mountain village in Bulgaria. The astonished villagers decide to shoot it down, but the balloon flies to the mountain. Armed to the teeth, the villagers follow it …

Georgi Kaloyanchev, Grigor Vachkov, Konstantin Kotsev, Georgi Parcalev, Ivan Bratanov and Stoyanka Mutafova are among the actors in the film. The voice of the balloon is Kosta Tsonev.

Immediately after its premiere in 1967, The Tied Up Balloon was banned by the unofficial ideological censorship of the communist regime.

It was forbidden to be shown (even to filmmakers) until 1990. But this fails to erase the appearance of a masterpiece – according to the critics, the best film adaptation of Radichkov’s work, an artistic emanation of the Bulgarian soul …

Newer PostThe International Jury Announced the Three Finalists for the Cinema Award 355
Older Post Bulgarian President: A balance is Needed between Investment in Infrastructure and Culture