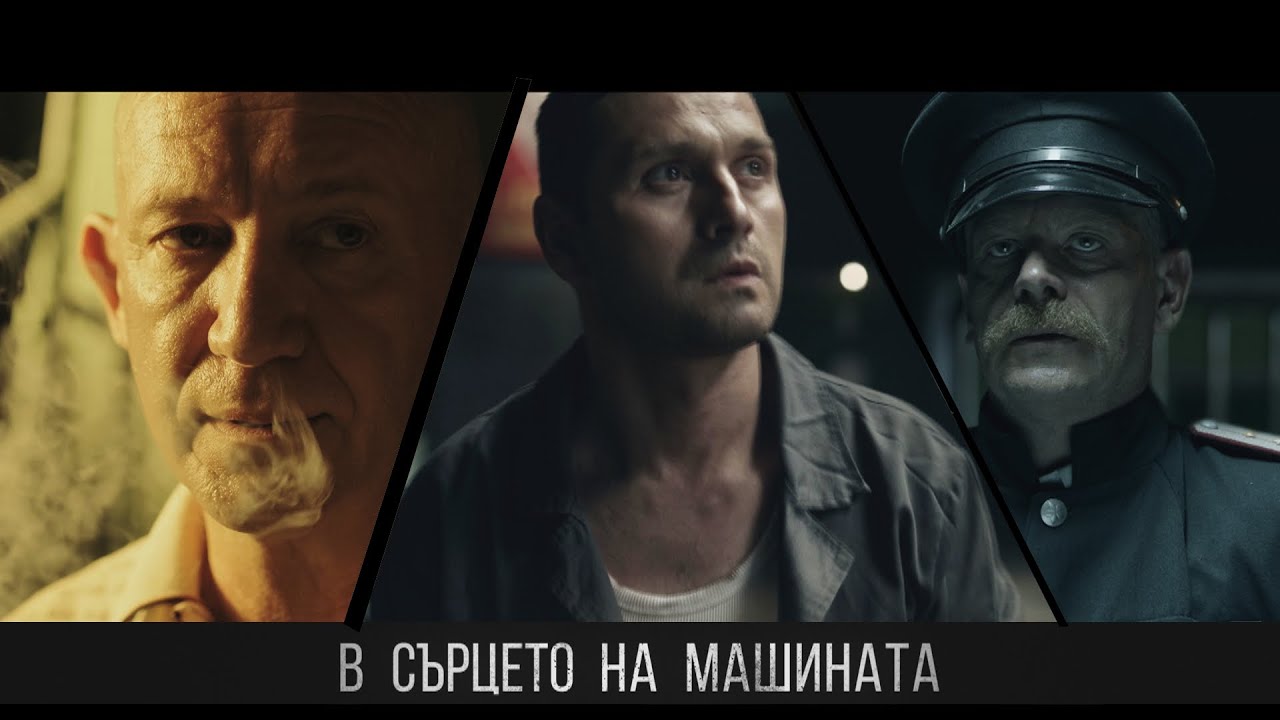 The official trailer for In the Heart of the Machine already has more than 500,000 views on YouTube and other social media in just two weeks after its premiere. The trailer shows the high quality of the new Bulgarian production.

It also reveals the stellar cast of talented actors entrusted with the lead roles. Screen time is shared by some of the most popular names in the business in our country – Alexander Sano, Julian Vergov, Hristo Petkov, Hristo Shopov, Vladimir Zombori, Stoyan Doychev, Ivaylo Hristov, Bashar Rahal and the star of Macedonian cinema and theater Igor Angelov.

The film was shot in August 2020, and at the heart of the story is humanity that can be found where no one expects. The action takes place in 1978. A group of prisoners, including those with serious crimes and life sentences, perform forced labor in a workshop at the Kremikovtzi factory.

Each of them has a different history, morals and understandings of life in prison and beyond. It only takes one day and an extraordinary event to turn their entire existence upside down. The clash between prisoners, guards and militia at the time added to the tension in the film.

All the actors are unanimous that it is rare for them to come across a script that touches them with such force and depth.

“There was magic on the set. All the characters are equal and have a key role in the fullness of the plot. The story is great and although the action takes place within a day, the tension is from the first to the last minute because no one can predict what will happen.” – adds Alexander Sano.

“In the heart of the machine” is a film for which the director Martin Makariev has been preparing for more than 10 years. The screenplay, written by Borislav Zahariev, is based on a real case told by a relative of the director himself. After several edits, detailed consideration and construction of the images, the story won the attention of the commission at the NFC and received funding that allows investment in the best shooting equipment.

Thanks to this, “In the Heart of the Machine” is the first Bulgarian film for cinema in 4K resolution. The quality of filming has always been the leading goal of the team of Martin Makariev, who is behind the films “Villa Rosa”, “Attraction” and “Wildlings”.

Behind the camera of “In the heart of the machine” is the cameraman Andrey Andreev, the composer is the virtuoso Viktor Stoyanov, who worked with the team of Hans Zimmer himself. The film is realized by Forward Pictures Entertainment with producers Alexander Penev and Martin Makariev. The editing is the work of Nikola Milenov, and the studio of Yordan Markov – ImmerseFX is responsible for the post-production.

The premiere is scheduled for the fall of 2021, with Alexander Sano’s Silvernoise distributing.