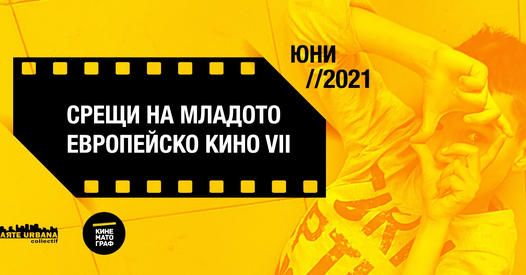 In Stadtallendorf, a small German town with a complex history of both isolated and integrated foreigners, the genius teacher Dieter Bachmann offers his students the key to feeling at home. These 12-14 year olds come from twelve different nations and some of them do not speak German well. This unusual setting requires an unusual approach – through music, Mr. Bachmann manages to create a curiosity about learning and open the minds of children to accept the “other” and the “different”. In his final year as a teacher before retiring, Mr. Bachmann inspired future citizens by developing their curiosity about the achievements of the world and a wide range of skills, cultures and views.

Don’t be intimidated by this duration. And no, this movie is not just for movie buffs. He’s everything you haven’t seen. It is not a fairy tale, Mr. Bachmann does not have a magic wand to solve problems. We won’t see a Hollywood happy-end either. So come on June 22 at 6 pm to the Odeon cinema and see for yourself. We chose ‘Mr. Bachmann and His Class, winner of the special jury award at this year’s Berlinale, because it cannot leave any audience indifferent. Especially the Bulgarian audience, because Mr. Bachmann develops a special bond of trust and mutual affection with the children of Bulgarian origin in his class. ” says Ralitsa Assenova from the Arte Urbana Collective Association, which together with Kinematograf is organizing this year’s 7th edition of the festival. Meetings of Young European Cinema.

The opening film is part of the thematic section of the Brave Children Festival. Another highlight is the Slovenian classic Valley of Peace, which won the Cannes Film Festival in 1957. In the film, two orphaned children during the war – the Slovenian boy Marko and the German girl Lotte, search together for the Valley of Peace.

The festival program will once again feature bold contemporary feature and documentary films from eight countries, a special film education selection for students, meetings and discussions with Bulgarian directors Slava Doycheva, Hristo Simenovov and Dimitar Dimitrov – Animiter. A master class with Ralitsa Petrova, whose feature film debut Godless won the Grand Prix at the Locarno Film Festival in 2016, will open the door to the new platform of the WOMED program, which aims to support women in the creative industries – screenwriters, directors, cinema and television producers, where gender equality is still a mirage and access to information and funding for women is downright discriminatory. “I see an awful lot of sexism in Bulgarian films, they just lack the women I know. The commissions that evaluate projects should pay attention to the image of the woman and whether the emphasis should not be on the patriarchal story, which includes the stereotypical images of the “light woman” or the “mother” – says the director in a conversation with Ralitsa Assenova – motorcycle of the festival and the program.

The role and handwriting of women is dedicated to the panorama “My place in the cinema”, which includes Pity by Elitsa Petkova, for a 17-year-old girl seeking freedom; The other side of everything by Mila Turajlic, documentary a film about an intimate conversation between a mother and daughter about a conflict that divided not just one home, but the whole country and Cleo from 5 to 7, by Varda.

The Sisters brings together stories from Slovenia, Sweden, Italy and Spain to tell the adventures of young girls faced with various trials that they manage to survive, thanks to the power of friendship and trust between them.

Another highlight of the selection are several masterpieces by the legendary French director Agnes Varda, one of the pioneers of the French New Wave, which reached the Bulgarian audience thanks to the French Institute in Bulgaria. Viewers of the festival will see some of Varda’s first films – the full-length Fisherman’s Village – La pointe courte and the already mentioned Cleo from 5 to 7, as well as lesser-known short documentaries of the author. “If we open people up, we will find landscapes. If they had opened me up, they would have found beaches. These are Varda’s words, enough to describe her sensitivity and unique style.

As in previous editions, the focus will again be on the idea of ​​including cinema as part of the school curriculum, specific examples and practices on the role of cinema as a means of catching up on educational deficits will be shared.

The festival will run from June 22 to 30 in parallel at the Odeon Cinema, the Vlaykova Cinema, the Slaveykov Hall of the French Institute, the Czech Center and the Goethe Institute with the support of the Sofia Culture Program and the National Culture Fund. and numerous partners from Bulgaria and abroad. The full program and conditions for registration in the workshops can be found here http://youngcinema.eu/about.