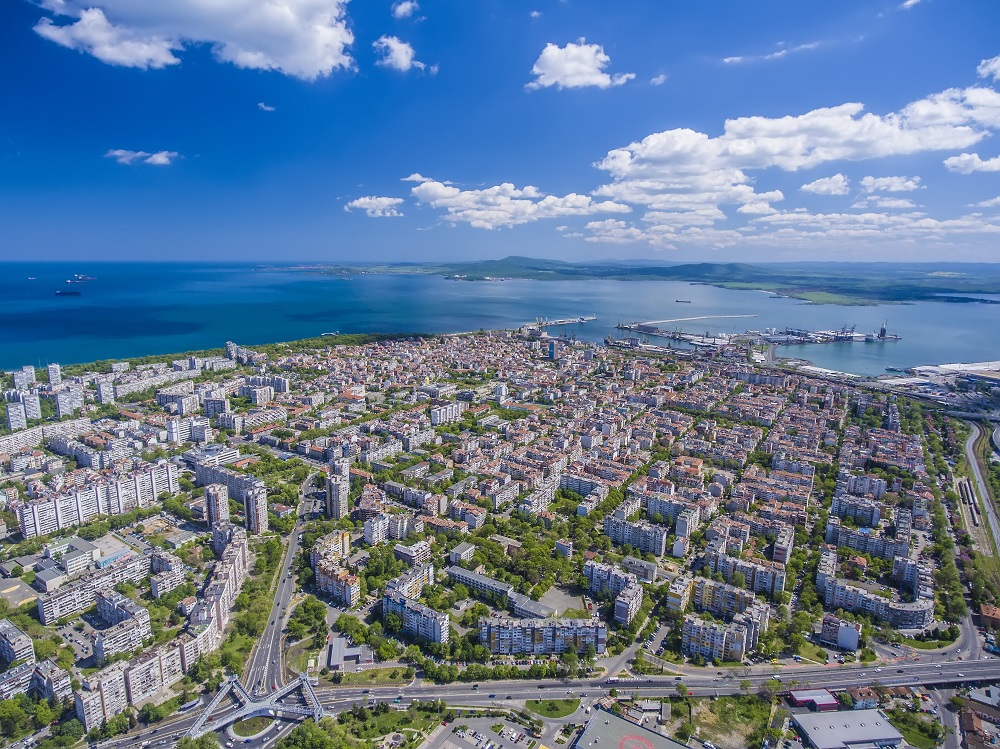 7 New Productions will be Filmed in Burgas in 2021

The productions are not only for feature films but also for series.

Seven new film projects will be realized in Burgas, with which the city is set to become a center of cinema in 2021.

The productions have been coordinated with the Municipality of Burgas and their realization is about to start. In connection with this, the Deputy Mayor for Culture, Tourism and Sports Diana Savateva has launched a procedure with which the Municipality of Burgas can finance them, just as funds were allocated for the shooting of the hit Bulgarian film The Bare Truth of the Band Zhiguli.

The planned budget for such projects for 2021 amounts to BGN 80,000. By convening the Standing Committee on Culture, the film concepts can be thoroughly reviewed and discussed, and then, in support of the productions, the Municipality can allocate funds for their implementation. However, it is not yet clear which of them will be approved.

The film concepts are interesting, and the actors participating in them are liked and loved by the Bulgarian audience. It’s not just about feature films, but also about series that viewers will be able to watch on the small screen. The seven ideas are as follows:

Feature film with the working title Game of Trust. With the participation of Yana Marinova, Luiza Grigorova and Vladimir Zombori, the story of the film aims to inspire and motivate. It reveals the lessons a mother must teach her daughter to make her confident, strong-willed, and independent. Burgas was chosen as the destination for the photos because of the charisma, charm and cultural value of the city and will be presented as a fast-growing center where young people work, meet and fall in love.

Comedy drama series with the working title Me and my women, which will be broadcast in 6 episodes of 54 minutes on BNT: Starring Radina Kardzhilova, Zahari Baharov, Joana Temelkova, Filip Avramov, Teodora Duhovnikova, Luiza Grigorova and Alexander Sano. The production touches on major topics such as the temptations of modern life, regular and irregular desires, over-supply and over-consumption, true happiness. Burgas will be presented as a modern and cool place to live, and the plot will take place in a hospital.

A feature film with the working title Be by My Side. An abstract and non-standard production in the genre of drama, which will contain light and warm romanticism, breaking the frame of the gray everyday life. The film will tell the story of an elderly artist who wakes up in a boat without memories of how he got there. The motif of the beauty and grandeur of the city will unfold in Burgas, and some of the scenes will be filmed on the iconic Pier, but in the 80s of the twentieth century. How this effect will be achieved remains to be seen.

A feature film with the working title The Good Driver, a co-production between Bulgaria and Finland. The creative team will be entirely Bulgarian with the participation of Malin Krastev, Gerasim Georgiev-Gero, Slava Doycheva. The film tells the story of a man’s difficult and long journey back to his loved ones, whom he abandoned years ago. The last shooting period of the film will take place in Burgas.

Feature film Reunion 2 —  a romantic comedy. It will be a sequel to the hit film from 2019 Reunion and this time will present a story about the four friends who reunited after 25 years, but this time at sea and in Burgas. The photos will cover emblematic places in the city and through the film, there will be an opportunity to present the location as beautiful and preferred. Apart from the cinemas, the film will be broadcast on bTV and starring Alexander Kadiev, Niki Iliev, Orlin Pavlov, Bashar Rahal, Dilyana Popova, Evelin Kostova, Boyko Krastanov, Raina Karayaneva and Iskra Doynova.

Next season of the series Sunny Beach. In it, Burgas will have a significantly longer screen time and will be almost central to the plot. The photos will cover the most beautiful places in the city.

Feature film Four Seasons – a co-production between Bulgaria, France, Germany and Great Britain. The Bulgarian part of the production will be shot entirely on the territory of the Municipality of Burgas and the region. Support is needed in terms of production costs during the filming – rent, transport, food.