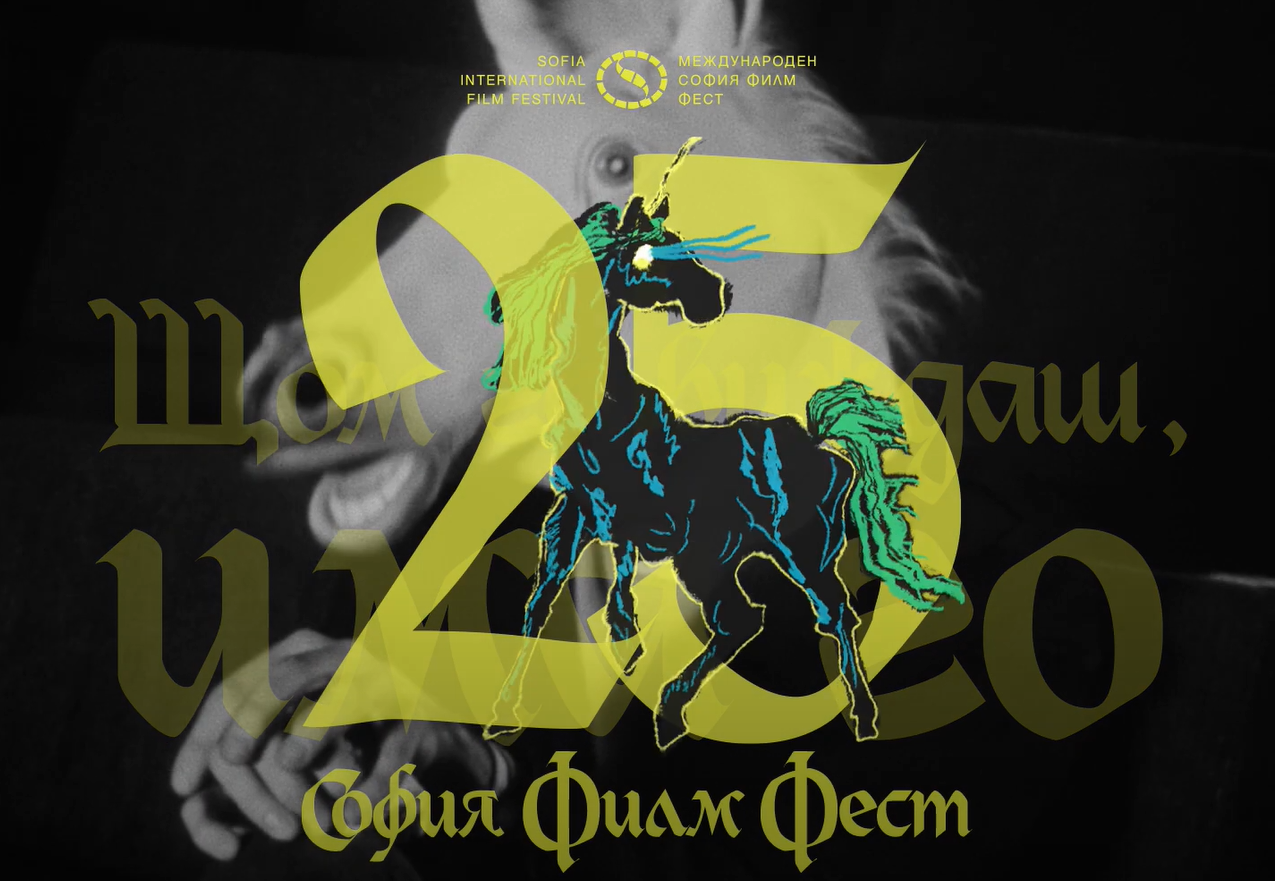 After a short delay, in line with the anti-epidemic measures, the program of the 25th Sofia Film Fest continues with some of the films that were to meet the audience in the last two weeks of March. We present you the highlights of the program from 2 to 8 April 2021.

The premiere of the documentary Silent Legacy by director Petya Nakova and producer Katya Trichkova, a co-production with HBO Europe, kicks off the festival week. Petya Nakova and the main character – Tanya are friends from their school years, and the story of the project begins with Tanya’s love for deaf children and her dedication as a teacher in a special educational center for people with hearing impairments. Life puts her to the test and she is forced to go abroad for treatment. 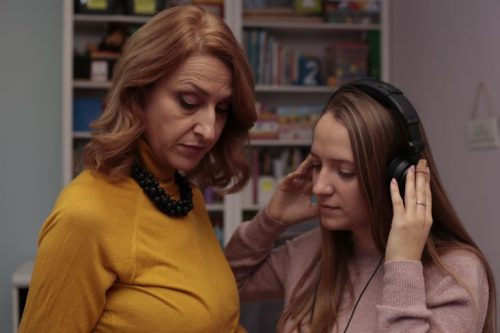 Her 20-year-old daughter, Cathy, takes care of the center, as well as her younger sister. Cathy embarks on this life and professional challenge, relying on the strength of the family so that she and her mother can overcome the challenges of fate.

Friday night – April 2, at the Cinema House is dedicated to Silent Legacy – due to restrictions on 30% occupancy of the hall and due to the large number of people wishing to see the film on the big screen, the organizers have scheduled two consecutive premiere screenings, from 18:30 and from 20:30. 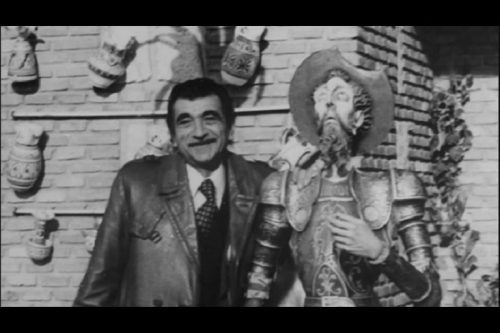 We believe that another Bulgarian documentary will attract the attention of impatient viewers – this is a portrait film about the legendary favorite of the audience, the actor Georgi Parcalev. His fate is intertwined with the history of the Satirical Theater, but also with that of Bulgarian cinema. During socialism, however, different sexual orientations were reason enough for an artist to be deprived of official awards and public recognition. Parcalev is directed by Valentina Fidanova and produced by Hristo Hristov.

German Lessons by Pavel G. Vesnakov, who received the special award of the jury and the FIPRESCI award of SFF, will have another festival screening, during which the audience will be able to meet the director and representatives of the film crew. It is co-produced with Germany (Moviemento and Heimathafen Film & Media) and tells the story of two days in the life of a middle-aged man who lost his identity and decided to emigrate from Bulgaria, he is desperately trying to rebuild his relationship with all his loved ones just a day before he leaves.

The main role is entrusted to Julian Vergov, who won the award for best actor at the festival in Cairo, where German Lessons had its world premiere. The film also stars Vasil Banov, Elena Telbis, Stefka Yanorova, Gerasim Georgiev-Gero, Meglena Karalambova, Ivan Nalbantov. The screening is scheduled for Saturday, April 3, starting at 20:30 at the Cinema House. 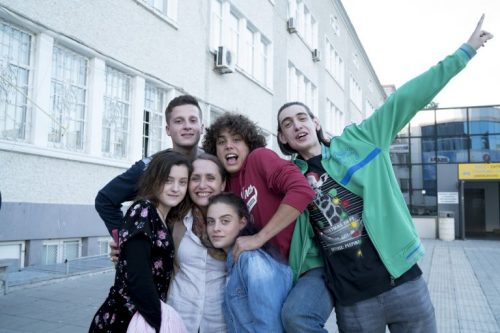 Alexander Kosev’s debut Petya of my Petya, which was premiered in Hall 1 of the National Palace of Culture after the SFF Awards Ceremony, will also have a special screening. The film is titled the story of the legendary poet Petya Dubarova. The approach in creating this story is to connect the future with the past. The plot is built on the connections and parallels between two teenage girls from different times: Petya Dubarova and Petya Monova. Petya of my Petya asks questions, and the modern Petya from the film has to find her answers, placed in a situation between life and death – whether to choose life or to follow her favorite poetess … The creative team will present their work and will meet with the audience on Sunday, April 4, from 20:30 at the Cinema House. 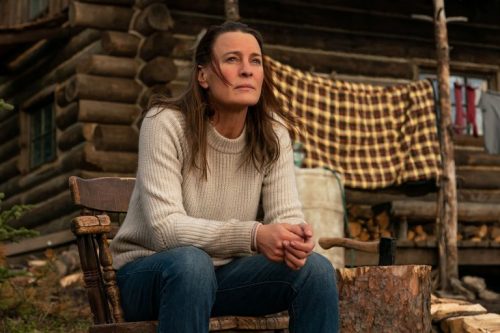 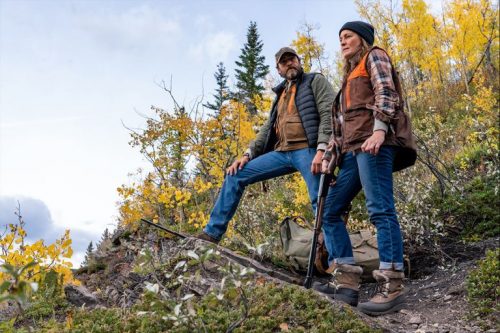 Land is the feature directorial debut of the famous actress Robin Wright. This is a touching story about a woman who seeks the meaning of life in the vast and harsh American nature. After experiencing a tragic event, it is not possible for Wright’s heroine to maintain her connection with the surrounding reality and facing this uncertainty, she retreats to the magnificent but harsh wasteland of the Rocky Mountains. Once a local hunter brings her back from the brink of death, she must find a way to live again. The screening of the film is on Saturday, April 3, at 6:30 pm at the Cinema House.

With five Oscar nominations, including Best Picture, Best Actress in a Leading Role and Best Director, Emerald Fennell’s feature film debut Promising Young Woman already has an extremely serious asset – 180 nominations. and over 80 awards from around the world. The story follows the charming Cassie (played by the talented Carrey Mulligan), whose future has been changed by a mysterious event. 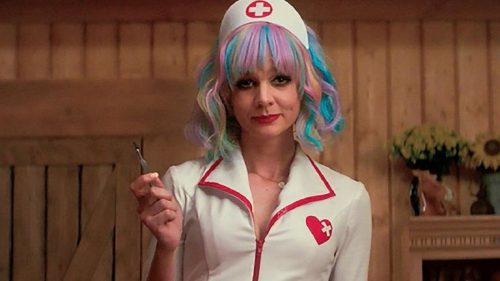 Nothing in her life is what it seems: she is incredibly smart, nervously calculating, and at night she leads a secret double life … “This is an intelligent, provocative, gloomy comedy and revenge film with an extremely powerful and multi-layered performance by Mulligan as Cassie, “said Richard Roper of the Chicago Sun-Times. The screening of the film is on Wednesday, April 7, at 18:00 in the Cinema House.

Great British director Sally Potter trusts Javier Bardem’s talent to tell a day in the The Roads Not Taken about the reality of Leo and his daughter – along with extremely talented actors such as Elle Fanning, Laura Linney and Salma Hayek, they paint a moment a picture of the mosaic of alternative lives that the protagonist could live. Potter’s handwriting, an uncompromising, raw and ruthless story, is one of the hallmarks of her work, loved by fans and filmmakers alike, and her ability to extract the best from the actors is truly admirable. The screening of the film is on Tuesday, April 6, at 20:30 in the House of Cinema. 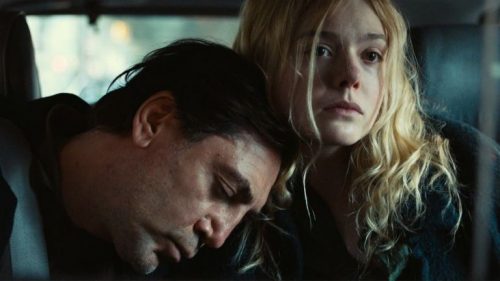 Legendary British director Sally Potter trusts the talent of Javier Bardem, Salma Hayek and Elle Fanning to tell a story from the reality of Leo and his daughter in The Roads Not Taken (Photo: Sofia Film Fest)

With a special jury award in Sundance 2020 from the US Film: Neorealism program, with the jury’s Grand Prize “Silver Bear” in Berlin 2020, screenwriter and director Eliza Hitman’s film Never Rarely Sometimes Always has become one of the discoveries of independent cinema last year. 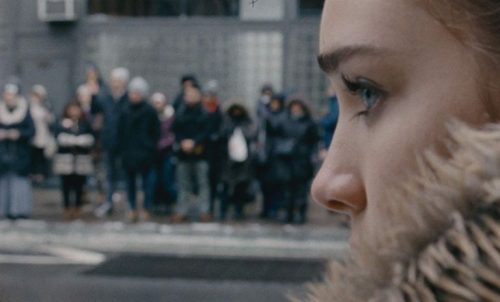 The story follows a modest teenager, a cashier at a provincial supermarket in Pennsylvania. Faced with an unwanted pregnancy and no chance of abortion in her home state, she and her cousin collect some money, pack their bags and get on the bus to New York. Only with the address of the clinic in hand and without shelter, the two girls boldly enter the unknown city. “Through relentless clarity and implied emotions, the director boldly tells the story of a journey that turns into a rebirth of body and spirit.” FF Sundance. The screening of the film is on Thursday, April 8, at 18:00 in the Cinema House. 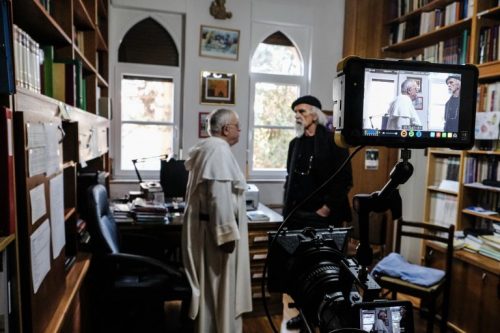 The presentation in the festival program of the Italian-Bulgarian production Bogre – The Great European Heresy by director Fredo Vala aroused serious interest. This is one of the reasons to include another projection of this unique journey in time and space in the footsteps of the Cathars and Bogomils – the heretics of the Middle Ages, who spread from Bulgaria to Western Europe. We hope that despite the important anti-epidemic measures and the restrictions of 30% occupancy of cinemas, viewers who wish to see Bogre on the big screen will do so at the Cinema House – on Sunday, April 4, from 14:00. We remind all movie buffs all over Bulgaria that this movie can also be watched online – on the website online.siff.bg, until April 11!

The program of the House of Cinema includes a special screening of the film I Served the King of England – a landmark work that honors the memory of the legendary Jiri Menzel, winner of the Sofia Award of the Sofia Municipality and a good friend of the festival and Bulgaria. The story, known from Bohumil Hrabal’s novel, traces the dizzying rise of an ambitious young man in the hotel business in the 1930s. Menzel invites one of the best contemporary Bulgarian actors for the leading role in the film – Ivan Burnev, who will personally present the film to the audience. The screening is scheduled for April 5, Monday, starting at 20:30.

Don’t miss a unique meeting with jazz – together with the shop Meloman SIFF invites everyone to an exciting and emotional journey behind the scenes of “Blue Note Records” – the innovative recording company that gave voice to some of the best jazz performers. of the twentieth and twenty-first centuries, from Miles Davis to Nora Jones. The screening of Blue Note Records: Beyond the Notes, part of the “Resonance Cinema” project of the Cinema House, is on Thursday, April 8, starting at 20:30.

The screenings in the week of April 2-8 of the program of the 25th Sofia Film Fest are in the House of Cinema, G8, Euro Cinema and Vlaykova Cinema.